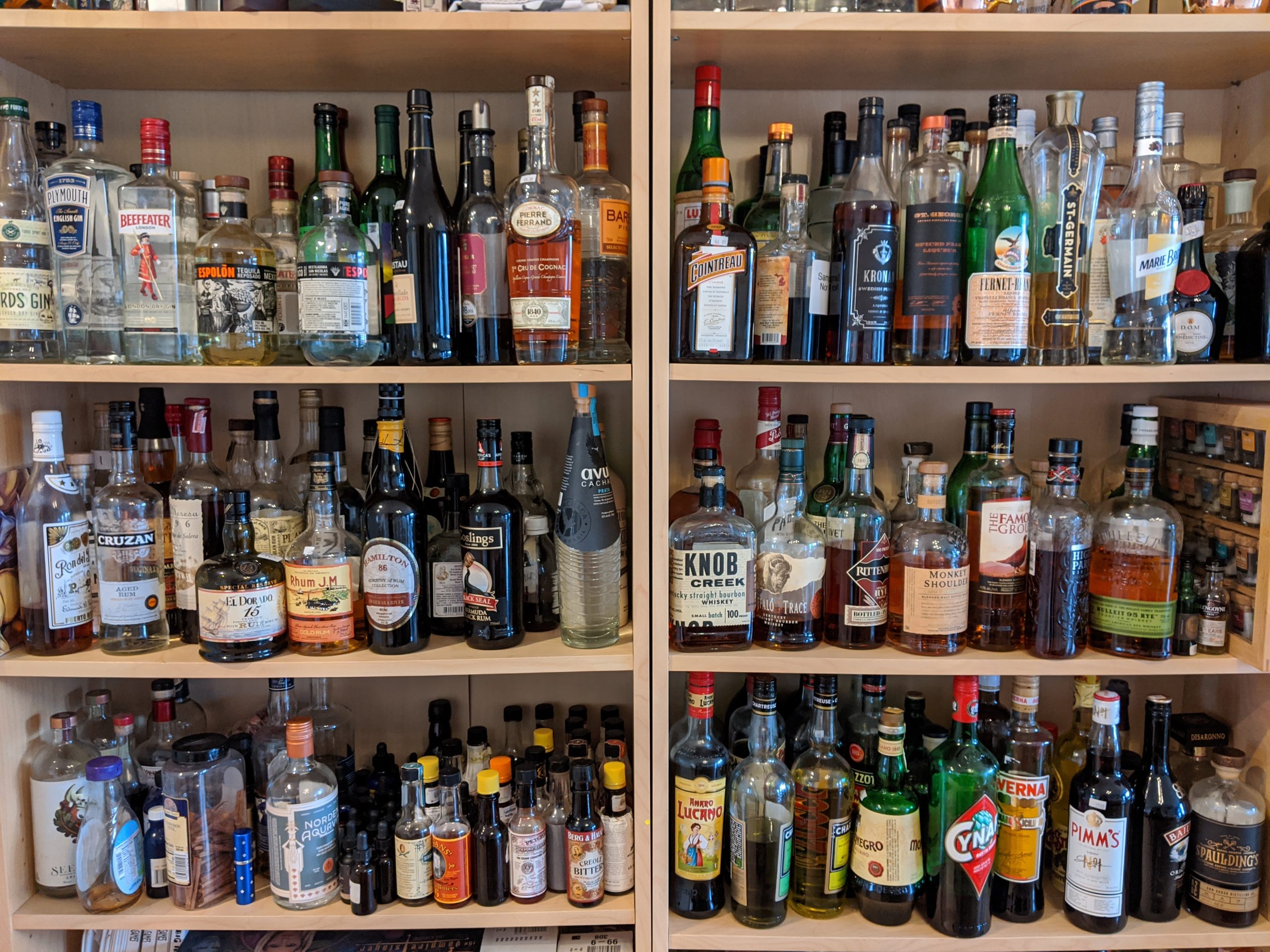 I often get asked in my classes which brands I recommend, so I’ve put together a list. There are lots of great brands that don’t appear here – that doesn’t mean I don’t like them! These are just the brands that 1) I’m familiar with and personally like and use and 2) are available nationally in the US and 3) are reasonably priced for mixing. Here in Michigan I love drinking my local brands too, and encourage everyone to patronize their local distilleries.

These are all general purpose gins that will work in most cocktail recipes. But there are hundreds of brands of gin and most of them are delicious, so get one of these basics and then start exploring!

There are many other good brands. Just make sure the label says 100% agave and you’re off to a great start.

Rum is one of the most varied spirit categories, and lots of rum drinks call for combining different kinds of rum. Here are a few of my go-to bottles in various categories.

Blended Scotches for mixing into cocktails:

Laphraoig (and sometimes Ardbeg) are the only ones you’ll commonly see called for in cocktails where they add an intense bit of smoke and peat. Laphraoig 10 is the moderately priced one for that. If you’re wanting to pick up a single malt for sipping and are new to Scotch, Balvenie Doublewood, Oban 14 and Aberlour are good places to start.

Whatever you like – especially when you’re mixing it into cocktails, it doesn’t matter much. Tito’s, Schmirnoff, Absolut – they’re all going to be just fine. Better yet – buy one from your local distillery to support them. My current fave is from Ann Arbor Distilling Company.

For recipes calling for brandy or cognac:

Other kinds of brandy:

The most important thing about vermouth is to make sure it’s fresh! Buy half bottles, store them in the refrigerator, and use them up within a couple/few months.

Many cocktails call for orange liqueur, triple sec, or orange curacao. These are all basically the same thing! If you’re only going to have one, get a bottle of Cointreau and use it for all of those things. If you like making tiki drinks, then grab a bottle of Pierre Ferrand Dry Curacao as well or instead.

The following are essential. But it’s fun to play with other varieties. Bittermens and Bittercube are both brands that make a variety of interesting, well made bitters. For the most part I do not like Fee Bros bitters – they are glycerin rather than alcohol based which gives them a distinct and sometimes overwhelming sweet flavor.