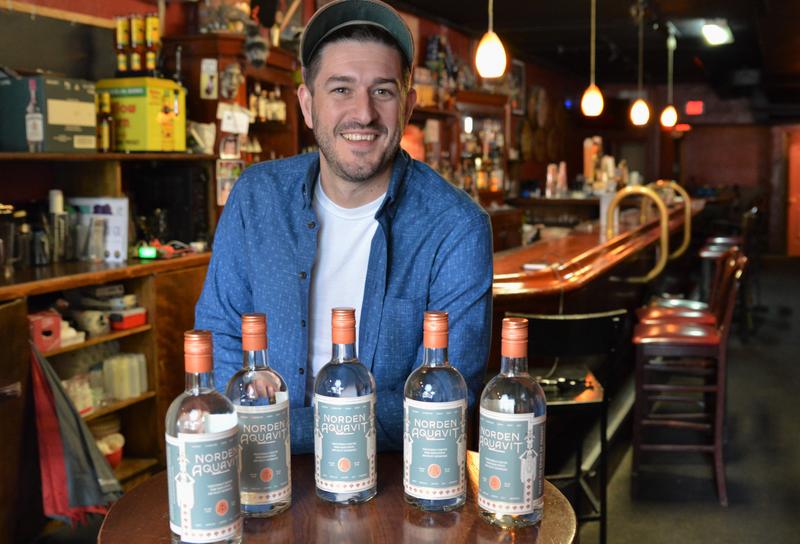 We had a ton of fun learning about aquavit in December’s class with Robyn Cleveland from Norden Aquavit. Although this spirit has been produced since the 1500s, it mostly stayed in Scandinavia and doesn’t appear in any classic pre-Prohibition cocktails. Its first cocktail appearance in America seems to be from the 1950s when the Slalom appeared in House and Garden magazine. It was a straight up swap on the gimlet, with aquavit and sweetened lime juice (such as Rose’s). In this fresh take which was a big hit in the class, Robyn uses fresh juice, and adds a mint leaf to bring out the aquavit’s caraway notes. (Listen in to this old Cheers segment to hear us talk with Robyn about aquavit and this drink.)